daughters of warsaw #warsawqueensandqueerness includes radio dramas, spectacles, lectures and workshops. The aim of the project is to familiarise the audience with the forgotten or never discovered female art and independent theatre. Thanks to the radio dramas created on the basis of texts of Polish female authors from the first half of the 20th century, LICK IT NOW will allow the audience to discover an unknown chapter of the history of Polish literature. The five premieres, in the innovative form of a “silent theatre”, will be accompanied by lectures of researchers from the HyPaTia team – Female History of the Polish Theatre.
The project also includes the Warsaw premiere of the play entitled Who’s Afraid of Sybilla Thompson, based on a text by Maria Pawlikowska-Jasnorzewska. The performance will be accompanied by a workshop conducted by the members of LICK IT NOW as part of the Informed Viewer’s Club.
The starting point and the main inspiration for the – daughters of warsaw #warsawqueensandqueerness – was the academic and artistic work carried out by the LICK IT NOW group in 2015 as part of the “Polish Queens and Queerness” project. The impulse for the project was our surprise at the scarce representation of women in the history of Polish drama and desire to find answers to questions such as: what caused the exclusion of these plays from the collective memory and their absence in Polish literary canon, does these text still have stage power and is it worth to stage them today, is it possible to give back the voice to our female authors?
The results of our work has been collected and made available on the “Polish Queens and Queerness” internet platform: www.terazpoliz.com.pl/dziwypolskie

Silent Theatre
From among 100 texts of Polish, female 19th- and 20th-century dramatic writers, we chose 5 plays: Destruction of Tyr by Amelia Hertzówna, Life Against All Odds by Irena Krzywicka, Belle-Vue Hotel by Magdalena Samozwaniec, Signals by Ewa Szelburg-Zarembina, Talking to My Body by Anna Świrszczyńska. In cooperation with the Polish Radio Theatre, they were turned into radio dramas, whose public performances in the form of ?silent theatre? will acquaint the audience with the rich output of the forgotten or unknown female authors who wrote for the stage.
In addition to LICK IT NOW actresses, you will also hear Danuta Stenka, Maria Seweryn, Wojciech Kalarus, Przemysław Stippa or Sylwester Majewski.
The radio dramas will be accompanied by lectures conducted by researchers from the HyPaTia team. The recordings will be available at NINATEKA.PL

Spectacle
The spectacle entitled Who’s Afraid of Sybilla Thompson is based on a text by Maria Pawlikowska-Jasnorzewska ? Sybilla Thompson’s Lover. The author constructs futuristic narrations that argue against the contemporary human condition. It plays with the imaginary world that goes beyond her existence, creating a vision of a future that is becoming our reality. LICK IT NOW combines well-known theatrical forms with the convention of a museum and uses two approaches to cooperation between the artists and the audience, while reflecting on the future of the world.
Cast: Dorota Glac, Marta Jalowska, Emanuela Osowska, Kamila Worobiej
Directed by: Ula Kijak
Directorial cooperation at the Warsaw premiere ? Julia Szmyt
Scenography and costumes: Dominika Skaza
Adaptation of scenography and costumes for the Warsaw premiere ? Diana Marszałek
Music and vocal coaching: Maria Rumińska
Poster design: Dorota Glac
Poster illustration ? Ilona Błaut

The spectacle was created in 2015 as part of the ?Residents in residence? programme of the ZAMEK Culture Centre.

Informed Viewer?s Club
The workshops will be conducted by the members of the LICK IT NOW theatre and acquaint the participants with independent theatre, showing them sources of inspiration, work methods and critical tools necessary for understanding stage performances.

LICK IT NOW
LICK IT NOW Artistic Group is the only professional women?s theatre in Poland. It produces and stages theatre plays, happenings, performance, open performative readings, concerts, organises theatre workshops and discussions. Since 2015, it has also been carrying out research projects aimed at restoring the memory about unknown and forgotten women who had a significant impact on the current state of art and social reality.
www.terazpoliz.com.pl/corywarszawskie

The project is co-financed by the Capital City of Warsaw 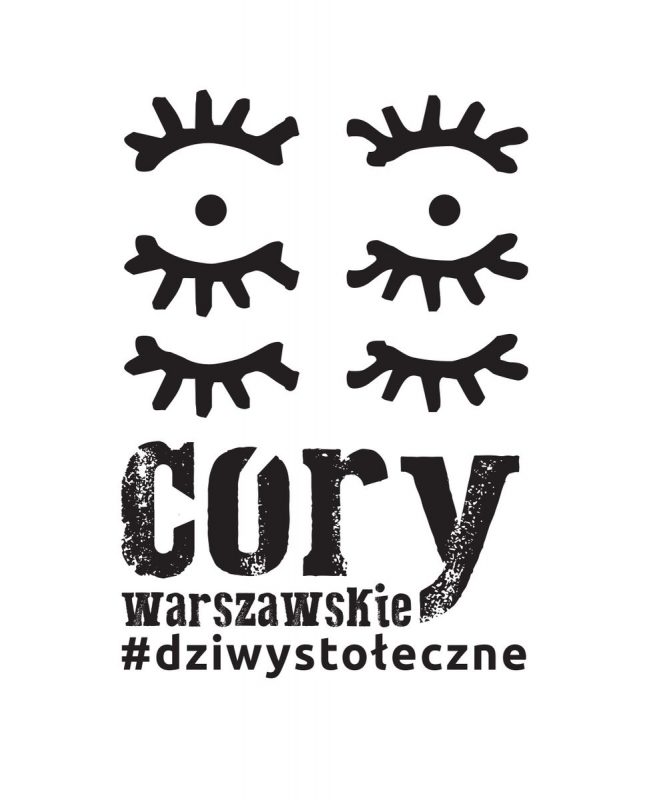